Money, cash, capital, sterling, dinheiro. Davy & I we are rich. How come? Not because we have enough of it on our bank account but because we don’t take it as a starting point, we rather let it flow.

Of course, perception works against us. And in general, people do not react to reality, they react to their perceptions of reality. First of all, the house we bought is huge, both for Belgian standards and for Portuguese: in Belgium, the ground only isn’t affordable and for the Portuguese, the wages are to low.
We could buy this house for the price of a T2 in Ghent. We could buy this house because we moved 2000 km more South. Explain this to a Portuguese and he has to move to Mauretania.
Next is that we live from one wage-  I live like a rich housewife, right?  Not to mention that other status symbol: our BMW X5 or 5X, yep, that is pure luxury. That car is also from the company.

Since growing up behind the counter of a private tennis club I understood that money doesn’t necessarily add up happiness. I perceived a lot of loneliness, especially among women. Once you have money (preferably earned it yourself) you have to be able to deal with it and not spending it on prostitutes, champagne or the next pair of Louboutins.
Around my twenties, I’ve learned a lot from cult books from Kerouac, Gibran, Pirsig, Hesse & especially Osho, or those about Gautama Buddha that illustrate that everything you need is already inside of you. The rest doesn’t exist. Just like money.  That’s a bit of a stretch for a western mind. But like Osho says: “Our mind is a phenomenon conditioned by society, the marketplace. Money is an unnatural product. A utilitarian object. (…) Money doesn’t cause suffering. If you have it use it, if you don’t have it, use the liberty that goes with it. Be a Buddha.” It’s an insight I carry with me since I read it. Money is fake so shift the perspective. I like the expression: “Some people are so poor all they have is money.”
This video explains it very well:

In the West as well, much research has been devoted to the relationship between money & luck (of course with a lot of figures & diagrams): a gross annual salary up to 60,000/75,000 euro (American figures) indeed makes people more happy². Their relationship is a positive one. But also weak. Money is rather a possibility to happiness, which implicates you can be happy with much less than 60,000 euro. Nice to know also that an income more then approximately 5,658 euro is fulfilling. Inequality would probably disappear if people who earn more would understand this and share the rest of their wage.
How come so? The material stuff we buy ends up in some grey zone of satisfaction while experiences with friends & family last a lifetime. People who create time with their money – as opposed to commuting and working overtime for hundred euro extra a month –  are definitely happier. Above this 60.000,00 euro, it’s about luxury, which doesn’t necessarily contributes to your happiness because of the process of inurement. Inurement is the enemy of happiness. That is why a raise only works temporary ( even though we seem to give up a lot for it). That is why experiences are much more intense. When I die, I will not think about the BMW or even the Quinta. But about my travels, trips with friends, good times with Davy, skills I’ve learned… That is what I want to invest in with my money. They are a part of my identity. Shopping (clothes, car or a new floor) and the buyers high that go with it are fun for a very short time but don’t contribute to who you really are. They become the new normal in a blink and are a superficial part of yourself. 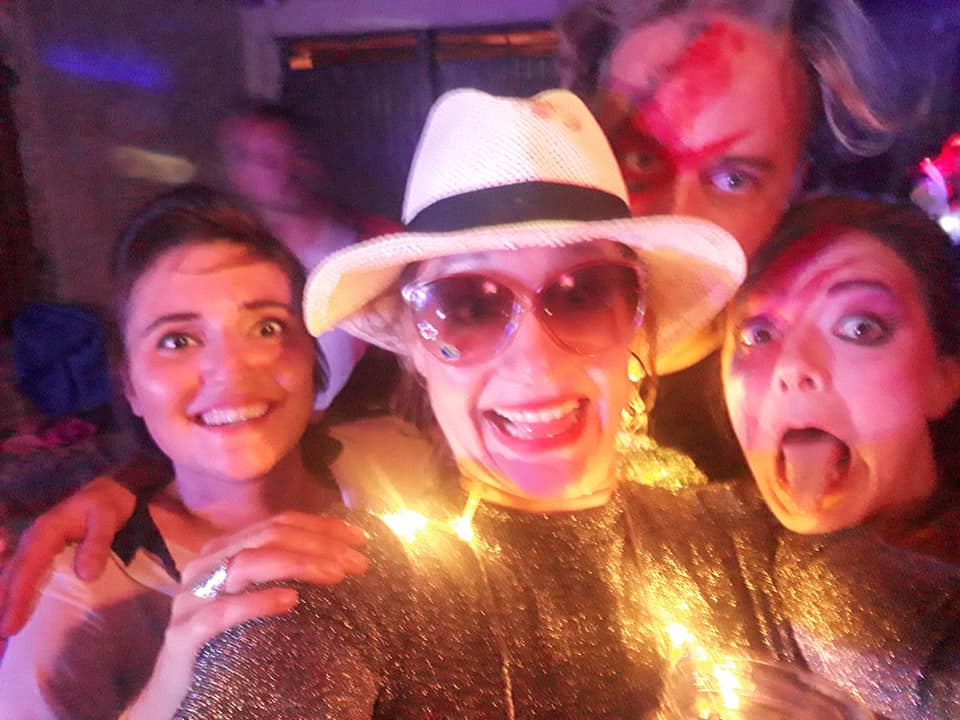 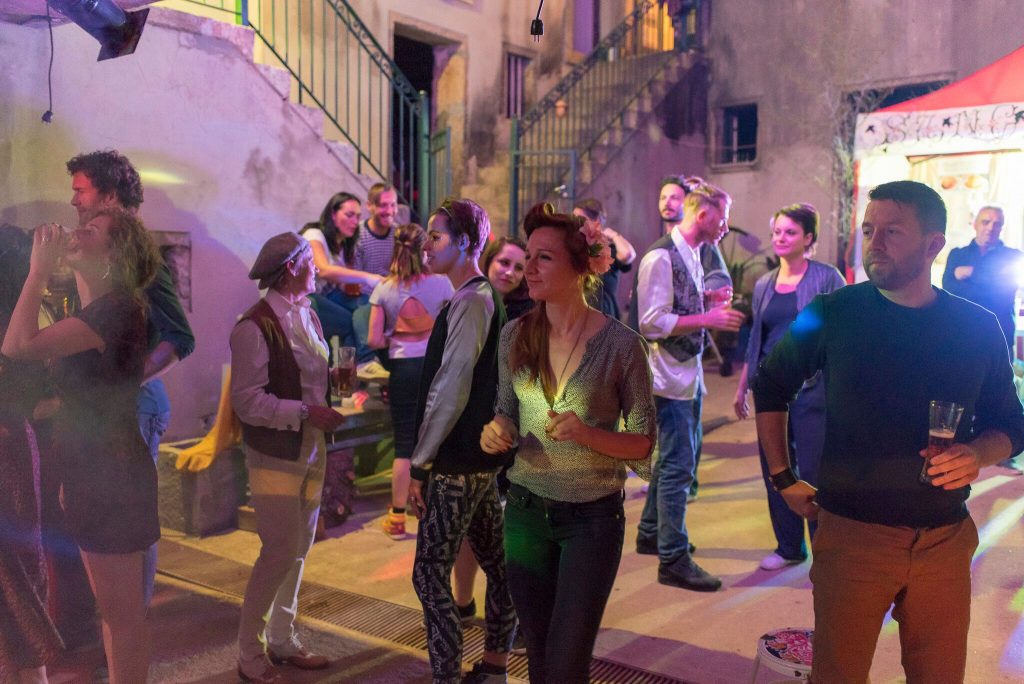 In other words, if you want your money to be worth it, don’t invest it in things. Give a huge party for your friends, let the booze flow on a superb location, pay the artists the price they deserve and dance on love. That is what we did because I can preach here on my silly blog,… It’s worth nothing if I don’t practice it myself, right? Amidst or renovations we gave a party for three days (inauguration, birthday & marriage) for all our friends at a very low price. The bills counted up but we were totally happy.

A lot of people probably think that we are truly rich because of the decisions we make. But we are far from this 60.000,00 euro and it’s more than enough. We have enough food, a roof above our head, can travel and pay the bills. That is more than I don’t know, 80% of the people in the world?

But we do make other choices. Like moving to the South, taking a step away from the rat race (costs a fucking load of money!), we have no kids, we quit expensive gadgets, concerts, shoes, kitchen material, decoration (an average family has about 300.000 things in its house, I am decluttering for two years), and we are conscient buyers in the supermarket.  In a short time, we will grow our own food as well because nature gives you what you need. All together that saves a lot of time & money. Check your bills for one year and you’ll believe me.
Also leaving appearances – the ego- for what it is ( a big fuck you to society & neighbours) can save you a lot of money. I witnessed lots of people going broke or having debts only for this reason. Also choose a job that goes with your interests, not for some kind of status. Statuses aren’t real, Osho would say.

Sharing is caring… For yourself

Be who you want to be and you gain three times: you can be your normal self, which costs less, and in the end, you’re happier. Relieved. Research reveals that sharing gives a lot of personal satisfaction. And that’s what we are going to establish here. Sharing the house with friends & family, and sharing the property with people who need a break.  People who need some nature, a lot of rest, pure food, surfing and working in the garden, walking with the dogs or taking care of the animals. Showing that happiness is everywhere in friendship, (self)confidence, health, love, respect,… and not at astrological retreat prices but normal prices. Because we are happy with what we have. That is pure bliss: more money only wants more money, but being satisfied with what we have, is just… Enough. Pretty simple if you think about it. 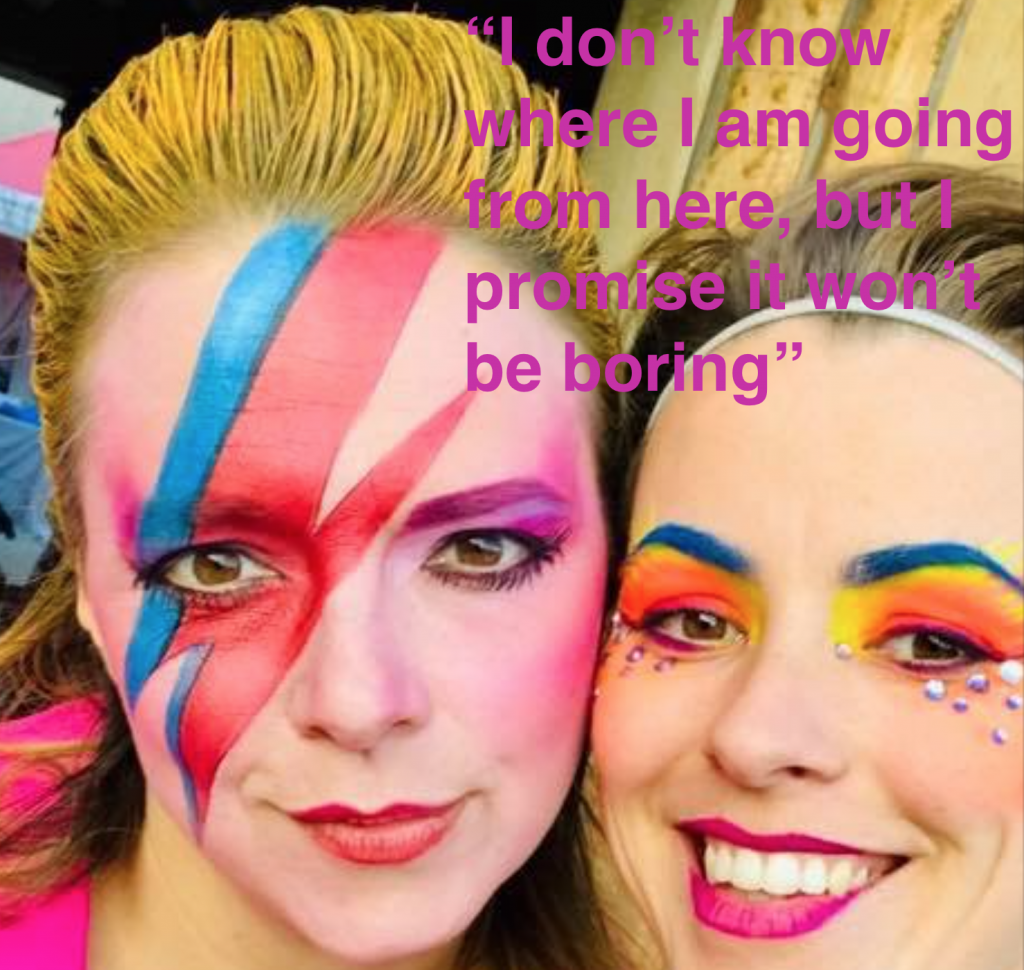 The seeds for this lifestyle were planted during my backpack trips through Asia. I was young enough to absorb it in my DNA. Buddhism isn’t as wholly or highbrow as everybody assumes. Rather the opposite. It grounds a person. It plants you with both feet on the ground and slaps you in the face when needed. It focusses on human behaviour itself and offers insight to make the right choice instead of the easiest one. Everybody is unique and suffers or survives in his own way. Everything we have is already there, inside us. We only forgot about it but it’s still there. The rest is a distraction. Just like money. Which doesn’t exist.

1. Having no money or too little is pure misery, but this post is about how to treat money & how to keep up your standard of living.

Good research about how (not) to spend your money, here.