Everything grows abundantly on our terrain. Or at least, we hope, by next year. And it has to do the trick because I want to live self-sufficient, without all entertainment & distraction society offers so gracefully. What really keeps the world going? Our nature & oceans.

“I picked some eucalyptus leaves from a branch on the ground,” my French friend says timidly like she took something that isn’t hers.
“No problem, this country is covered with it,” I reply.
“You know that in France this costs 2,60 euro? In a packet of 15 leaves.”
We have to laugh but actually, it’s sad. Capitalism at its best: creating the feeling we miss a lot and producing a nice product for it that was already there. Like sex dolls & accommodating robots. The whole industry (food, travel, beauty,…) is built on this sense of missing out. Suddenly everybody spends time in Porto, Copenhagen or Mykonos, eating avocado, omega 3 or spirulina while they get contoured, get a mani or a pedi. For any side effects, we can count on the pharma industry. Emerson already said it over 150 years: “The end of human race is that it will eventually die of civilization.”

No noise that makes me grab to jojoba oil & singing bowls, but an orchard

It’s probably a thing to say when you are a well-to-do hipster or forty-something but at a certain point, I strongly felt the need for simplicity & rest. That is what this house & territory is all about. It’s becoming a sanctuary where I don’t feel like a consumer but a reader, a lover, a writer, an animal friend, human… Just ordinary. No bullshit ads that try to force an identity upon me through pieces of data I left behind but just Sophie. No noise that makes me grab to jojoba oil & singing bowls, but an orchard. Sure, clothes & design contribute to our identity just like the homo sapiens decorated himself with pigments & shells but those things don’t learn you to accept yourself. It’s a mind trick. And too much of it is noise that- in the end, makes you feel uncertain about who you really are. 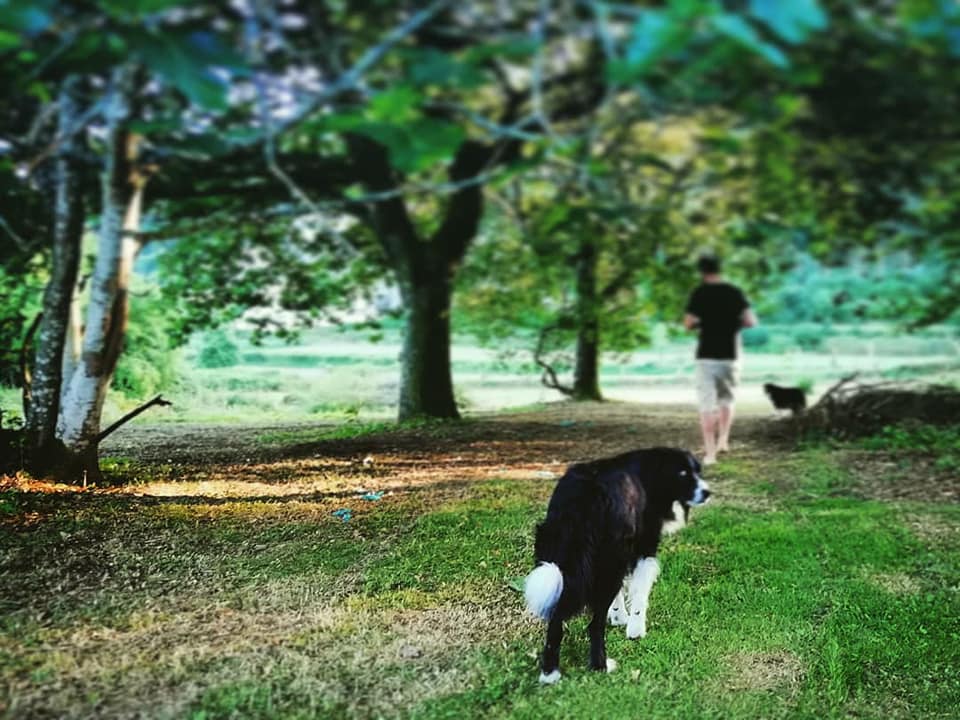 Not on our terrain. Here only reigns honest abundance. I’ve never lived that long and that close to nature as in the last two months and it is amazing to see how nature continuously evolves,  effortlessly grows sustainable. To behold this must be an emotion close to seeing your born child for the first time. A miracle of nature. Old trees suddenly full of kiwi’s, apricots & lime… Mushrooms that appear after a night’s rain… Water that keeps on floating from our spring… Goats & sheep who keep the grass short… Swallows flying over like mini jets warning you for rain and my husband cutting bamboo for a water purification system or shelter. That is what is important and that is why I already feel different in two months time. I got some chive seeds from the garden of our French friends and I thought it was a more beautiful & thoughtful present than having a new pair of sneakers. Eight weeks ago that wouldn’t have been the case.
I see Davy catching a fly with his hand, throwing it outside the window and a bat coming from the dark to swallow the fly in his flight. Apparently, my vegan husband is helping the circle of life ‘a hand’, and lives in mutual understanding with Batsy, haha! 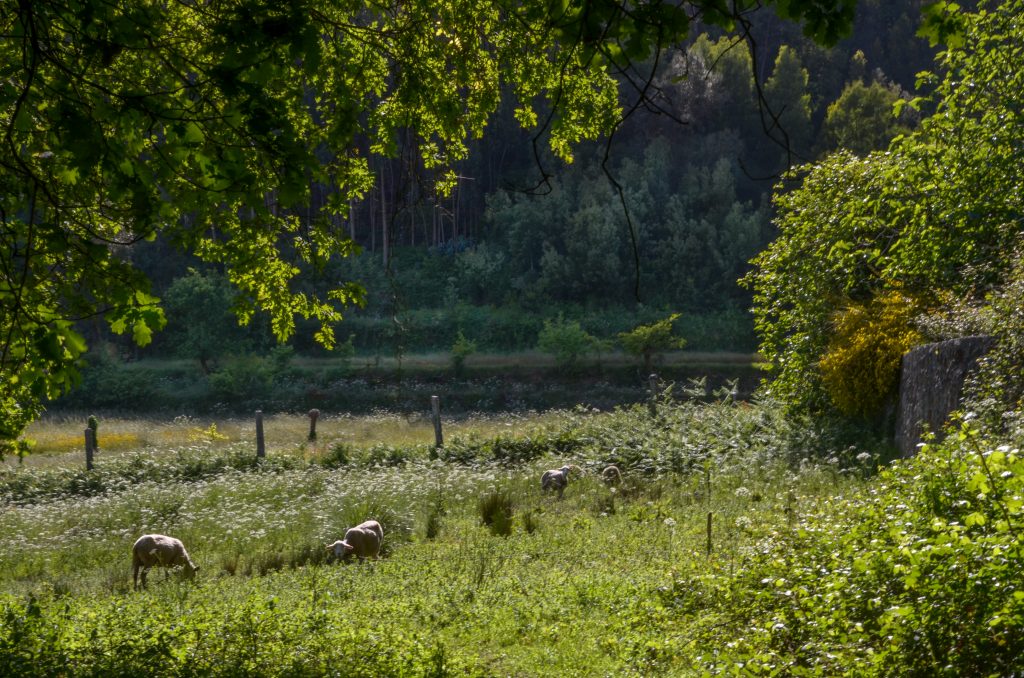 I don’t know the secret of nature but if you stay here a while you’ll understand what is important: your children, your lover, your body, your peace of mind,… with a beer ;-). Like Siddharta in Herman Hesse’s book, staring at the river until he understands the whole world. Everything is connected. Nature as the antidote. That’ll surprise nobody. I interviewed a smart Portuguese woman recently and asked her why people keep on buying materials that expire after ten minutes or some days but lasts forever as garbage. “We are less and less connected with nature and more and more with a digital world,” she said.
In the digital world, influencers seduce you with their sincere love for a product until we surrender… But now I have this garden where I feel like spending more time, praising myself while having lunch, overseeing the field. Feeling rich (idiot wink, wink!) & fortuned because I believe nature is the only true (circular) economy. And whoever realise that is ready to help others. To share. Because that is how human nature works. We aren’t stupid at all. We are just confused because of all the noise.

To end with Emerson: he believes that nature is within us, is a part of us in its higher and more savage forms. That the fly is as untamable as the hyena, that an ordinary man is as unique as a king. He believes in the self-sufficient man who isn’t preoccupied with who he should be or how other want him to be. All that is important is already here. Now.

Yep, that’s how I feel while eating my lunch. Maybe you felt it too. You don’t have to move to Portugal to feel it. A sunrise, a weekend in the forest or a couple of hours in a park will do the trick if you’re open to it. Hold on that emotion and do something with it.